I was on the phone with a mortgage broker last week – yes, like 99% of the general population, foreclosure defense attorneys need mortgages – when he asked me about my business. 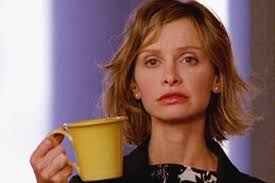 I quickly described what and how I do what I do, when I finished there was a short pause then he said, far too brightly, “Oh, hey, yeah, just like Ally McBeal, huh?”

I, obviously a little too subtly, let him know I wasn’t flattered or amused, he didn’t get it and persisted as if being a fan of Ally McBeal was some kind of bonding mechanism, like we had survived Contracts I together. Finally, I had to tell him flat out to move on, I’m sure he’s still baffled. 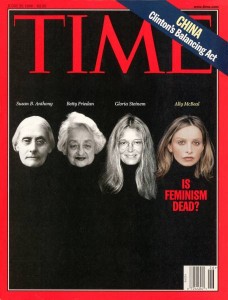 I hated Ally McBeal – the show and the character. The show really had nothing to do with law or law practice or, well, anything else beside, perhaps, championing the use of coed restrooms. I suppose the reruns could be used as some sort of training tool for HR executives on the hazards of inter-office romances.

This got me thinking, though, of woman lawyers in movies and TV . . . and I’m not sure I like where that’s taking me. It occurs to me that there are two types of women in shows about the law – bright, pretty, perky; and stone-cold, morally-compromised. 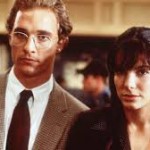 It says a lot, too, that those bright, perky, pretty woman are

not real attorneys. Sandra Bullock in A Time to Kill, is the smart, adorable, brave law student to Matthew McConaughey’s besieged but strong attorney; in The Pelican Brief, Julia Roberts is another bright, pretty law student to Denzel Washington’s wise, tough worldly reporter. As a matter of fact, Julia Roberts does it yet again in Erin Brockovitch, this time the brassy, attractive, persistent law researcher to Albert Finney’s tough, understanding, lawyer/patriarch.

In Hollywood and TV Land it seems to me Sandra and Julia graduate law school and turn into Patty Hewes, an attorney who has blithely gone well past morally-compromised and directly to straight up killer. As far as I can see, there’s few – perhaps none- woman lawyers in popular culture who are considered beyond their attractiveness and/or general bitchiness.

In Damages, in pretty much comes full circle, Rose Bryne’s character, Ellen Parson, comes into the first season pretty, perky, and bright eyed and goes out perilously close to Glenn Close’s Hewes on the morality scale.

I don’t know, perhaps it is a bit of an improvement, after all, at least there weren’t any dancing babies. 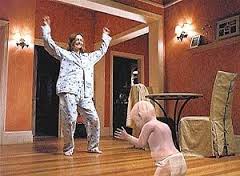