“I don’t want to belong to any club that would accept me as one of its members.” ~ Groucho Marx 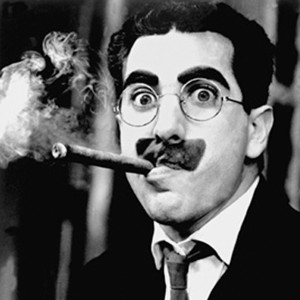 If you’re looking for a car, or a student loan, or a credit card, or short term loan and there are investors out there dying for you to take on the debt, you have to wonder why . . . and consider deeply before joining the club.

Look at it this way: You’re walking down the street, hungry, deciding between Five Guys, In and Out Burger, and a couple of decent Chinese food take-out store fronts when the owner of a new French restaurant runs up to you, offers to set you and your friends up with a world famous 7 course meal.

You’re tempted – you’re salivating, in fact – but explain you simply can’t afford it. No sweat, he tells you, 7 courses, a couple bottles of fine wine, all the baggettes you can eat, and a dessert to die for AND you have 90 days to pay the meal off.

He goes on and on and by the end not only are you a whole lot hungrier, it sounds absurdly cheap for such a great meal, so off you and your friends go for the meal of a lifetime.  Amid stomach growls, you review the contract they serve with the bread  every bit as closely as you do on-line service agreements.

It’s as good as advertised, if not better.

Shortly after the feast, bills arrive. There are fees for processing fees, the fees alone alone outstrip the cost of the meal. Interest started compounding while soup was being served.

You go back to the restaurant – where the owner explains, very nicely, that he prepared, cooked, and served the meal – that’s it. He did his job(s). Your beef, if you have one, is with the finance company.

Well, of course, the finance company doesn’t really own your contract anymore because it sold it off to a bunch of investors who recently not only figured out that people were dying for 7 course French meals but mixing together hundreds of French Meal Financing Contracts and trading them on Wall Street was immensely profitable.

Problem is, they’re running out of French Meal Financing Contracts to package … so they sweeten new contracts – extend the term to 120 days, add lots of bells and whistles, an extra course . . .

. . . the new contracts are so enticing and you’re craving fois gras so, well, with the extra time to pay and all . . . and it goes on and on. Until it doesn’t.

One thing you know for sure – the contracts you sign do not have the flexibility of the one below, but they are just as confusing.

The lesson, if there is one, is if people are dying to loan you money, you really have to consider not joining the club.