So now, as an infallible way of making little ease great ease, I began to contract a quantity of debt. 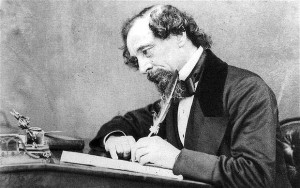 Where would Charles Dickens have been without debt? Where would English Lit, Hollywood, and Christmas be without Dickens?

If Dickens came back tomorrow, he’d be astonished by the speed of today’s communications; overwhelmed by the modern technologies used in finance; awed but probably pleased with the serialized novel on TV and Netflix, et al – I imagine him binge watching Breaking Bad and The Wire.

He’d find some things appallingly the same, others miraculous. He’d immediately recognize Pharma Bro, everyone running for President, the characters in The Big Short. Give him a week and he’d be working on a new novel.

Dickens had an unfailing eye for all this because he lived it. He grew up in a 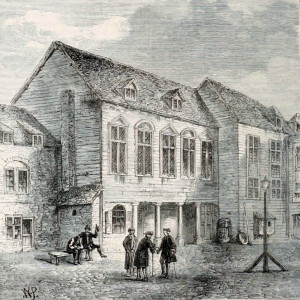 middle class family, comfortable, good at school, apparently fairly happy. All that was destroyed when he was twelve and his father was tossed into debtor’s prison (right). Charles’ mother and younger siblings went with him – as was the custom. Charles,was forced to pawn his school books, was sent off to a workshop to help pay off his father’s debts.

An inheritance saved the family though Dickens’ mother was adamantly opposed to his leaving work and forced him to stay there for long, unhappy months before he left to resume his studies. He rewarded her for that particularly slight through dozens of novels and plays. (From Dickens to Bob Dylan and Alanis Morissette, it’s never a good idea to upset an artist with wide reach).

In his early writing career – he was pretty much a prodigy from the start – he covered the courts and, briefly, Parliament.

He saw the system from every angle and he set out to attack it in the only way he could, through his writing, within the flexibility and thin protection of the novel. He opened Victorian eyes to the seamy underbelly of British wealth, society, and empire. 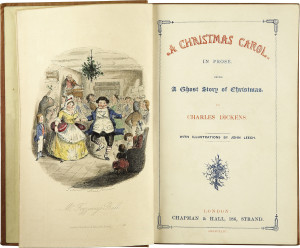 In 1843 he turned his wrath to Christmas. At the time, many – including his good friend Washington Irving – felt that Christmas season was ebbing away from the poor and increasingly put upon middle-class.

He didn’t like what he was seeing, feeling, and he sat down to write a scathing pamphlet about the issue. It soon occurred to him that a novel would work much better, reach more people. In six weeks he crafted his ‘ghost story’, A Christmas Carol.

He published it himself in an effort to not be ripped off by his usual publisher.

In today’s parlance, it went viral. Immensely popular, even his [many] critics extolled it. Thousands and thousands of copies were sold, many more – particularly in the United States were ‘bootlegged’ – and it was immediately adapted for the stage. Dickens himself did stage readings of the entire manuscript. It was everywhere.

Humanitarianism, redemption, a dead-on accurate portrayal of early-Victorian England, it hit a nerve in Great Britain and the United States. It hit, hard, the people bearing the burden of the Industrial Revolution, changed the way everyone thought of the Christmas season. 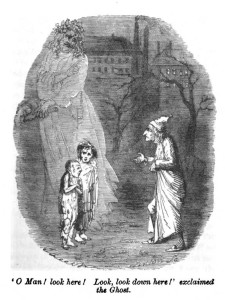 How a man who, when first confronted with poverty and homelessness, says, “Are there no prisons? Are there no workhouses?” Finds empathy is inspiring regardless of religious belief. A Christmas Carol was a great story, a strong, bitter indictment of the times, and it worked. It changed things. It has never been out of print.

So, sometime in the next few days I plan on catching the 1950 Alastair Sim, A Christmas Carol – a great adaptation (out of dozens, beginning with Thomas Edison’s version in the early 1900s!).

And to all my readers, I hope it’s obvious, “God Bless Us, Everyone.”