I asked a friend to dive into the wild and wacky world of all things financial on the web.

First thing he did was, of course, to try to make a few bucks. Football season started a few weeks ago so Draftkings and FanDuel are all in with ad saturations and sponsoring shows on ESPN and the like. (What happened to last year’s uproar over them?)

He knows sports, follow the NFL, even reads a few things from writers who aren’t in the bag for the Patriots. So, he replied to the latest of the hundred or so Draftkings messages he gets a week. 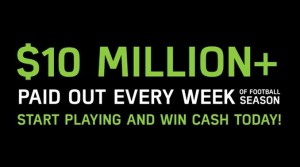 lineup, submitted it, was informed that he had to deposit $10 for the future games he would undoubtedly want to play after the fun of the free game. The free game a few hundred thousand people were also playing, some with advanced math degrees and a full grasp of algorithms. So much for using sports knowledge is a path to riches. 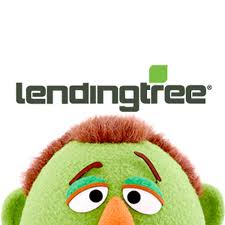 So he turned to consolidating his debt. And maybe getting an extra few bucks to plop into his business. He clicked on one of the few hundred emails from Lending Tree sitting in his spam folder. He filled out a quick form – very easy – waited less than a minute and – *WOW* – he had offers. Lots of offers.

He could consolidate his credit card debt and – assuming he only paid monthly minimums – he would *SAVE* 60% per month. If he acted now. Plus, you get a next or $1000. He could click *DO IT!* now or he could read the fine print. Because he was doing this for me, he read the fine prin:. 36 months, $350 processing fee taken off the top of the loan, an effective rate of 30% – because it all went through Utah, a state with apparently generous usury laws – if they have them at all.

He could also shave off a hundred dollars per month for his auto lease by doubling the lease term from 36 months to 72. Lending Tree assured him that this was a great deal, so great he only had 48 hours to accept it. Having passed seventh grade math, he passed.

Because he signed up with Lending Tree he now gets two to three prescreened credit card offers a week. At a minimum. Most have fees, the lowest interest rate so far is 22%.

There’s more, but it’s all the same. He drew the line, though, at opening an account with Wells Fargo.

It’s pretty clear what the lesson is here, it’s a lesson from the 1980’s and a Matthew Broderick. Wargames. Which ended with this warning:

“The only way to win is to not play the game.”