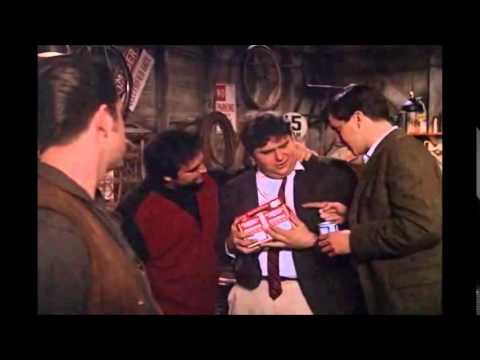 An attorney and a real estate guy were just arrested in Connecticut for allegedly running a scam on people facing foreclosure. They’re accused of something that looks remarkably like a variation on the Detroit scam I wrote about awhile back.

According to the Connecticut Law Journal “[they] would offer to purchase their homes and pay off their mortgages. The distressed homeowners agreed to sign various documents, including quitclaim deeds, indemnification agreements, management agreements and third-party authorization letters that [they] presented to them with the promise that they would be able to walk away from their homes debt-free.”

The homeowners were told to ignore any future communications from their banks, most, if not all of them, moved out. After they moved out, the alleged scammers then rented out the homes and pocketed the rent. No money was ever forwarded to either the real owners or the banks. It’s assumed that this went on until the banks foreclosed and the renters received eviction notices.

So, here’s the thing, and it’s simple – if someone says they’ll handle everything, deal with the bank for you, take all the stress off, allow you to ignore future notices and all those pesky court dates they are ripping you off.

Get a lawyer, go to court, handle it directly, there is no magic to it. Real Estate Maven, Lawyer, Doctor, your favorite brother-in-law, anyone who tells you they have the solution and you can ignore … everything … is not there to help.

Go ahead and deal with these people and you’ll end up like Flounder from Animal House. Remember, he loans the guys his brother’s car for the infamous road trip and it comes back so trashed it’s unrecognizable. The response from Otter? To paraphase, “Face it, you screwed up, you trusted us.”