The Internet? Is that thing still around? ~Homer Simpson

I have a love-hate relationship with the Internet. On one hand it brings 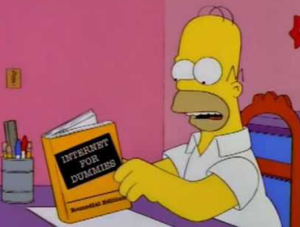 me Netflix, instant access to my court cases, MapMyRun, legal research, and Netflix.

On the other, it has cost me hours – lots of hours – with potential clients while I refute and correct the ‘facts’ about foreclosures they Googled before meeting me.

Don’t get me wrong, a client trying to learn as much as possible about their situation and options is a nice client to have. The problem does not lie with them, the problem’s with the information not so innocuously floating around ‘out there.’ There’s tons of it and only a very small percentage is close to accurate.

Especially in foreclosure defense. Because of the way the mortgage crisis hit, because of the devastation it wrought so quickly, because of the publicity of ‘Too Big to Fail’ and everything it implied, because so many people were affected, because it all occurred in the single moment in time when the world was wired together with instant information and communication it has spawned hundreds of thousands of blogs, articles,ads, Facebook posts, LinkedIn rants, op-eds, and faux news reports.

None of which are the slightest help to any of my clients about to walk into a courtroom, though sometimes it’s hard for me to dial back expectations so cruelly raised on-line.

“Live free in your house for years,” “Get your house for free,” “Take down your mortgage company,” “Ten easy steps to win any foreclosure case,” and many, many more.

Enticing, alluring, seductive claims that also happen to be remarkable lucrative for a great many self-proclaimed experts.

Which brings me, naturally enough, to Ben Affleck. 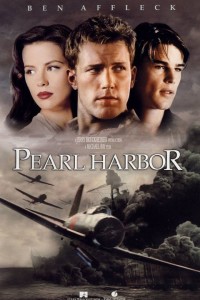 In 2001 he starred in Pearl Harbor, a movie that was universally panned. As a matter of fact, it had some of the best written, funniest bad reviews of all time.

Back in 2001 movie reviews were pretty much the sole purview of newspapers and PBS’ Ebert and friends. It was pretty easy to figure out that Pearl Harbor was a stinker of a movie without having to blow $12.50 to confirm it.

None of that is clear today. Pearl Harbor is in pretty heavy rotation on cable. If you check on the film-goers’ online Bible, IMBd, while trying to decide whether it’s worth three hours of your time to watch it, you’ll find it has an almost respectable rating of 6.0.

How is this possible? Simple, when it came out a few dozen influential publications lined up to annihilate it. In the intervening years, however, the studio – and probably Affleck’s family and agent – have continued to post reviews on ‘movie review blogs’. Great reviews. About 200 last time I looked.

This is standard practice now. Studios have legions of on-line critics that post – sometimes months before the movie comes out – glowing reviews that will boost any less than perfect ones.

Which should be an object lesson for anyone looking for legal help online. Especially such a high profile, widespread, legal issue like foreclosures.
People are using the Internet to boost themselves and their agendas. There have been a few, fairly high profile, successful ‘get the house for free’ legal actions in the eight years since this all began. These few have been claimed as their own by any number of online foreclosure ‘experts’.

“Based on our original legal theory,” “they followed our blueprint,” “we guided the legal team through …” “here’s what our client’s say.”

Nowhere is there anything laying out the cold reality of legal outliers – the cases were issue and state specific, would never work anywhere else, the homeowners spent years and a fortune to pursue them, the fact pattern is most assuredly not yours.

This, then, is my problem – where the Internet does a grave disservice, It creates the illusion of authority/proficiency/excellence where there is none.

As the cartoon says, “On the Internet, nobody knows you’re a dog.”