Ever see the Davit Mamet film, House of Games? A movie of scams, tells, rigged poker games, and a lot more, every character is in it for herself, everyone has their own motives, tries to hide it from the others. I highly recommend it (the movie, not Machiavellianism). 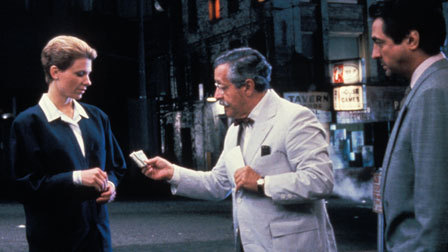 I was reminded of this over the weekend. A friend of mine recently rebuilt his credit. Over the course of a few days he received mail, email, text messages from his credit card company – a well known mass marketer that used to employ a former key member of the 30 Rock cast not named Tina or Tracy.

These communications were for a great deal – he was pre-approved for a car loan up to $35,000. New cars only and only through two local car dealerships working hand-in-hand with the not-Jane-Krokowski-endorsed credit card company to “get you the car you deserve and help your credit score.”

My friend just happens to need a new car, even so, his first thought was “how does going another 35k into the hole help my credit?”

But the offer was enticing – no money down, extended payment periods, BRAND NEW 2016 CARS! So, he emailed in his ‘endorsement code’, was deluged with offers, phone calls, emails, texts.

Well, my friend has seen House of Cards and The Spanish Prisoner, and a whole lot more and knows a tell when it hits him over the head – when companies send you piece after piece about how their deal helps you, it probably doesn’t.

Sure enough, he read through the small print, the low payments were the initial payments without fees, seemed low because the term was 72 months, escalators were built in all over the place, fees had fees, and on and on.

House of Games combined with debt – House of Debt, not the place to be.