A friend of mine came by the office early morning, the Friday before Christmas. He’s from what we would consider a ‘well-to-do’ town in Farmington Valley. About thirty seconds after he took a sip of coffee he told me this: he took 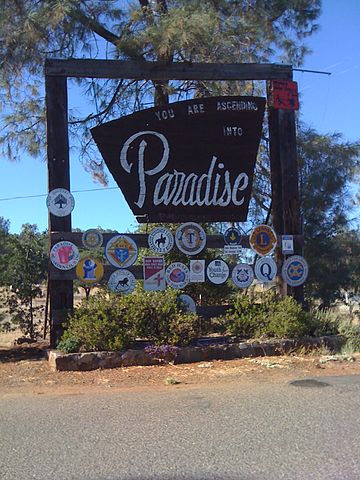 a slightly different way to Avon Mountain that morning and drove down a popular back road he hadn’t taken in several months.

He was shocked. Over a short stretch, maybe half a mile, probably less, he counted five houses either abandoned or in foreclosure.

Smack in the middle of nice homes with big yards and lots of trees. The other houses were so well maintained, the lawns neat and raked, that the empty houses just stood out.They were eyesores.

They did, in fact, take a lot away from the rest of the street. My friend went on to say that he knew, because this was, after all, his town, that it was just an unhappy coincidence that that many houses were in foreclosure in such close proximity. There wasn’t a water problem, the road wasn’t about to be widened, this isn’t an area afflicted by crumbling foundations.

It was just a weird coincidence. But, he said, if he wasn’t from town and he noticed so many houses like that almost in a row, he would have wondered what was going on. And, having to wonder ‘what is going on’ in a neighborhood is hardly conducive to real estate values. Nor is a fading red Colonial with broken shutters, a partially collapsed garage, and two years’ worth of leaves in the gutters.

It’s always been my position, my belief, that we do everything we can to save homes in foreclosure because it’s about more than just that home, that house. It’s about the neighborhood. And beyond. Foreclosed on homes that sit untended destroy home values in the area, lower home values lead to lower tax bases, which leads to hits on schools, infrastructure …. you get the picture.

As if to drive this home to me that Friday morning, an hour or so later I caught a short piece n NPR’s Morning Edition. It was about the burned out town of Paradise, California, the town decimated by the wildfires. Houses did survive the fires, apparently it’s not very expensive to make a house almost fire proof – special roofing, eaves, keeping fire resistant trees like maples while getting rid of flammable ones, keeping dead leaves and pine needles well away from the house.

NPR talked to some of the homeowners who’s houses survived the fires. Lone houses in a sea of ashes. One quote about an older couple who’s home is standing untouched sums it up:

Their plan had been to sell in a couple of years so they could retire in Chico. But with the uncertainty in the real estate market and the future of Paradise, that’s all on hold now.

It’s the extreme – very extreme – example of my worst case neighborhood scenario. But there are a lot of people here in Connecticut – perhaps the people on the street my friend drove down, more likely the many neighborhoods and towns with so many houses afflicted with crumbling foundations – who also have the long term goal of selling their homes to move away for retirement – who are facing the same fate, albeit much slower.

It’s never about one house. It’s about neighborhoods.