Lawyers are heavily regulated.  I know it may not seem that way to the public, but we have to follow a lot of rules.  Many of those rules are designed to protect the public.  “Ambulance chasing” has been, well, chased off for the most part, and lawyers’ contacts with potential clients are heavily regulated.  For example, if I learn of a homeowner who might need help fending off a foreclosure, I can’t call that homeowner (or have anyone else call them for me); and if I choose to contact that person via letter, I have to stamp ADVERTISING MATERIAL in big red letters on the envelope and the letter.  That’s because an average member of the public might think they HAVE to respond to a letter they receive from a lawyer, but this ‘warning’ makes it clear that it is a solicitation.

Why would a homeowner, or anyone else for that matter, think they have to respond because the letter is from a lawyer? 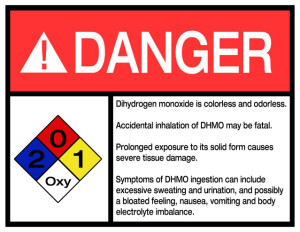 More importantly, they know how things work. Inside knowledge. That instills authority whether it is warranted or not.

So when your mechanic tells you that you sheared the transmorgerfer gears in the sprocaxle – and he does it in German, Swedish, and Japanese – you nod along and write a check. When your doctor tells you that after running four miles you need a dose of Dihydrogen oxide, you nod and write her a check.

And in the law? Well, it goes like this: 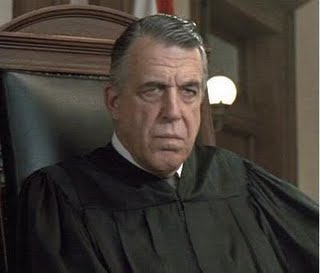 Last summer I was in court when a guy appeared by himself before a judge who was subbing in for the day. This happens, foreclosure, however, is … somewhat arcane and most definitely not in the usual purview of a covering judge.

The homeowner, of course, had no idea he had a sub and pretty much cowered – hey, it’s lonely out there when you’ve done it a thousand times, it has to be close to terrifying doing it for the first time, and with your house on the line.

The judge was not gentle. He pronounced a date by which time the homeowner had to sell, pay all the past due payments or refinance the house. Period. The guy  explained, quite nicely, that he had a good job (with a state agency) and was there anything he could do?

No, the judge entered judgment and then said, “Sir, you better start packing.”

A few days later the homeowner got to me,  6 weeks later, he was on a payment plan with his mortgage lender.He’s still in his home. Had he taken the judge’s word – as most would, a Judge is a pretty intimidating authority figure – he would have bagged it and left his home and who knows.

I wish I could stamp “I’M ON YOUR SIDE” or “AN ADVOCATE FOR YOU” in red caps on the letters I send out to potential clients.  But I respect the rules and the reasons for them so I’m thrilled when someone in need sees past the big red letters and calls and asks for help.