My work has one focus- working with people in debt. With Martin Luther King Jr. day coming
up, I was curious to see if he had, or how he had, addressed the issue of debt in his work. Turns
out it was a pivotal concept to him, but not in the literal dollars-and-cents, credit card debt or
mortgage payment type of debt my clients have. Dr. King asked us, in his I Have A Dream
Speech, to step back and look at the “check” that had been written to African Americans, and
observed that it came back “marked insufficient funds.

There was a great article in the Washington Post in 2011 that analyzed the references
to debt in that speech. King invoked the promise (“the promissory note”) made to African
Americans by the Emancipation Proclamation- that they would be given equal opportunity to
pursue happiness in the United States- and challenged the country to make good on the dream. 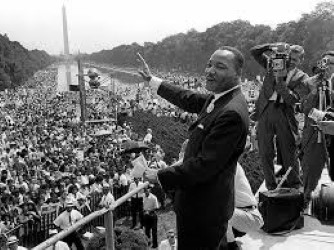 Fifty-seven years later, African Americans still have a fraction of the net worth of white
Americans; they still earn less per dollar than whites; they have higher unemployment rates and
incarceration rates, all which hamper their ability to pursue happiness and opportunity. Despite
protections such as the Fair Housing Act and the Equal Credit Opportunity Act, banks are
finding new ways to discriminate in mortgage lending (to name one area of unfairness that
remains in place), which continues to prevent African Americans from building wealth. CLICK
HERE for a phenomenal- and infuriating- story about that ongoing trend.

I’ll be working on MLK day, even though it’s a national holiday, even though many are taking
the day to volunteer and find ways to honor the man and his legacy. I wonder if I, too, should
take the day off, but this year it will be spent working to save my clients’ homes from
foreclosure.

This may be one small way to make good on that check.