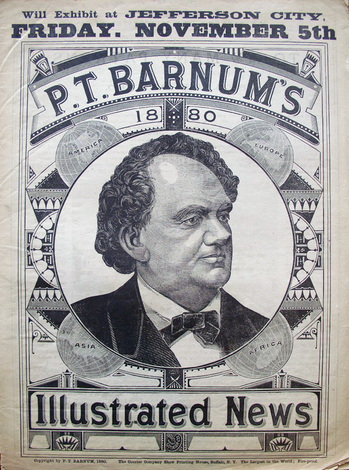 Most people remember P.T. Barnum for the line – “there’s a sucker born every minute.” Great – if not cynical -line, but Barnum never said it.

I have been thinking of him in a slightly different context lately, however. Over the past two weeks or so I’ve made a series of posts on my Facebook page concerning consumer debt – all of them pretty sobering. Like the New York Times article about car repossessions and military personel.

I seems that when cars are illegally repossessed by lenders, there is no recourse through the courts. There is a clause in many – many – financial contracts that require all disputes be settled in binding arbitration. Only.

The fact that the lender can, many times, pick the arbitrator, pick the city (the Times piece states that they inevitably pick the city farthest from the debtor), keep all decisions secret.

There’s more, most of it infuriating. 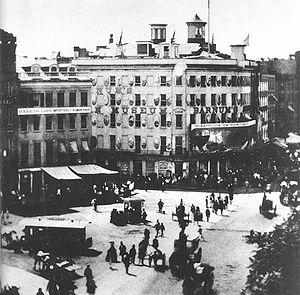 It all reminded me of a Barnum story that is true. He owned and operated Barnum’s American Museum on the corner of Ann Street and Broadway in New York for years in the mid-1800s. It was open 15 hours a day, averaged 15,000 visitors a day and was immensely profitable.

Tickets cost 25 cents. It had a zoo, theatre, lecture hall, wax museum, freak show, and every manner of popular culture Barnum could cram into it.

It also had large signs, usually placed by one wonder or the other proclaiming THIS WAY TO THE EGRESS!

Unsuspecting ticket holders would rush to see the egress – perhaps thinking pre-historic flightless waterfowl. They’d follow the signs and find themselves in the alley.

They would hike back to the entrance – the museum was a full city block, so it was a hike – and try to go back in . . . at which time they would be instructed to look on the back of their ticket. Where it was clearly spelled out, albeit in very small type, that the ticket was void the minute the patron exited the building.

They could drop another 25 cents – not a small amount of money in 1860 – and go back in or they could slink home. Either way they learned the definition of ‘Egress’.

I’m thinking consumer debt has a lot of P.T. Barnum in it these days, and the financing companies are getting more creative every day.