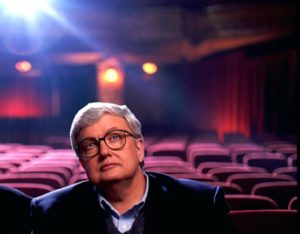 from his decades of amazing reviews. Things like ‘the guy in a war movie who shows everyone the picture of his sweetheart will die by the end’. Or ‘Ali MacGraw Disease’: A movie illness in which the only symptom is that the sufferer grows more beautiful as death approaches.

Another is ‘The Lawyer With One Case Scenario.’ That’s defined as: in nearly all legal dramas, the lawyer’s involved in only one case – the case the movie is about. They are never distracted by other cases, clients, or causes.

This is certainly true for every legal drama that doesn’t involve a down-on-his-luck lawyer grasping onto one case as a lifeline. Paul Newman in The Verdict and Jimmy Stewart in Anatomy of a Murder come to mind.

For every other movie (and most TV shows, for that matter) it really is the one case 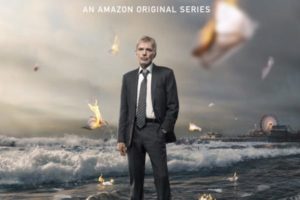 scenario. The one case that is really cool (or they wouldn’t be making a movie about it) and most certainly takes laser focus despite all the really neat stuff screenwriters come up with the throw in the way. Most of which have nothing to do with the with the law. (For an example of creative, if not ridiculous, ‘Hollywood-only lawyer faced with multiple obstacles while pursuing a case’, check out Amazon Prime’s Goliath.)

The typical movie lawyer, say Billy Bob Thornton, shows up and dazzles the court with legal acumen seemingly off the top of his head, while, miraculously, the lights in his office stay on, a paralegal/secretary/amusing investigator work 12 hours a day for free. Because, they believe in the case as much as the star, which is a really lucky thing as, let’s face it, the movie lawyer has no visible means of income. Needless to say, none of these legal thrillers ever starts with a client walking into the attorney’s office with a million-dollar retainer.

Half a century of ‘lawyer movies’ have had to have an effect on how people, i.e., real clients, see lawyers and law firms. Which is, on occasion, a problem. 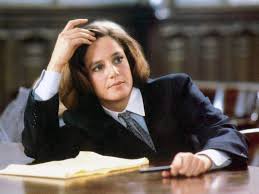 A few weeks ago I met with a prospective client. Very nice guy, the meeting was highly productive, I knew I could help him. So did he. He was all set to sign a retainer agreement when he stopped and said, “Just promise me you’ll be the only one handling my case. I only want to work with you.”

Well, a long line of movie lawyers would have agreed immediately. Everyone from Spencer Tracy to Debra Winger, George Clooney, Matthew McConaughey, and, yes, Billy Bob Thornton, and everyone in between would have taken the retainer. Because, in movie law land, there are no teams, no need to pay bills, and the only legal work a case ever needs is when the lawyer shows up in court. (By the way, movie lawyers are almost always late to court, are usually seen running down the aisle as the judge takes a seat.)

In real like, it’s about a team, it’s about research or motions or briefs getting done while somebody else is stuck in the courthouse, it’s about someone painstakingly filling out financial disclosure forms and checking scheduling and …. you get the point.

I love movies, but I live and practice in the real world.