To paraphrase one of the five worst* people who ever lived, ‘when something really bad happens to one person, it’s a tragedy; when it happens to a million, it’s a statistic.’ 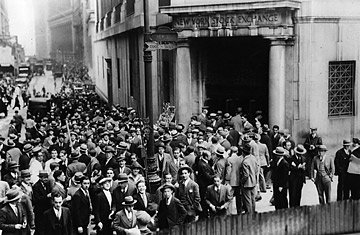 This is certainly true of foreclosures. At least today.

I bring this up because I am sometimes asked why I expend such time and energy defending foreclosure actions. I say sometimes because it’s only occasionally verbally stated, usually it’s expressed via ‘that look.’

‘That look’ – a slight crinkling of the eyebrows, a thin, quick frown, maybe a brief tilt of the head when I say what I do.

Unless, of course, they have been through foreclosure themselves or had family or friends involved. Then I get a knowing nod, smile.

Why? Because years ago, before I graduated high school, foreclosures were something that happened to ‘other people’ and in virtual secrecy. They were much, much rarer on the court calendars than they are today. And, it probably took a lot more to get a case to court. Banks and mortgage companies were much more likely to be local – another word for approachable. You could talk to your banker, lender, face-to-face, work things out.

Foreclosures then were small tragedies that happened in the very occasional neighborhood.

The financial meltdown of 2007-8 changed that. In months, millions of homeowners were at risk and failing quickly. Very, very few local banks and lenders exist anymore, corporations and computers took over years ago. Out of necessity, the foreclosure process became industrialized.

The people in the long lines and crowded hallways in the courthouses have become statistics. In the eight years since the meltdown the two largest foreclosure firms in the Greater Hartford area have filed over 70,000 foreclosure cases. And counting.

The great tragedy with that is individuals are lost. Completely. A file is a file is a statistic – win, lose, draw, but close the case.

So, when I get ‘that look’ I try to bring it back to the first or second person, away from that horrible third person ‘them.’ The easiest, most effective way is to point out the effect of this crisis on neighborhoods – “Well, would you want a foreclosed house in your neighborhood?  How about more than one?”

That takes it back to the first person pretty quickly. I can’t enforce empathy, but I can provide it, though I wish I didn’t have to.