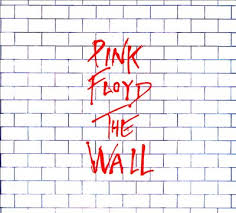 Many of you know that I started training for a half-marathon back at the end of February. From not running much to a full-out running program to build endurance and distance for my first half-marathon, now a week away.

Training was going great, I ran a 15k a few weeks ago, finished it, felt good, went on training. I have several friends who, at various times over their lives, have trained long and hard for serious athletic goals. Each of them asked – only a dozen or so times – how I felt after I hit ‘the wall’.

‘The Wall.’ I had no idea. I’d tell them I had plenty of aches and pains, wanted to stop

The Wall at Westeros

at times, certainly got tired, worn down . . . but the wall? I asked for explanations, none were forthcoming – outside of “Well, you’ll know it when you hit it . . . “

Well, I finally hit it. Hard. Last Sunday. The Wall. I don’t think I’ve ever felt anything like hqdefault (1)that ever. It wasn’t fear. It wasn’t fatigue. It wasn’t self-doubt. It was really weird– anger, frustration and self pity. Those were the bricks in my wall. 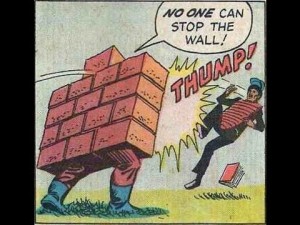 I could see why my friends told me I’d know it when I hit it, because it was . . . something. It was also the moment, the decision point – quit or go on. Simple, cut and dry. Going forward would surely hurt, quitting would hurt in an entirely different way … and for a lot longer – of that I was pretty sure.

I had been told – by the same people who couldn’t really describe the wall – that breaking through it feels great – eventually. So, after a time, I did just that. And it does. Feel great.

It was quite the experience and it occurs to me that my clients go through this same process as near foreclosure. They work, work, work, negotiate, deal with banks, keep things moving, then hit the wall when the foreclosure is filed. 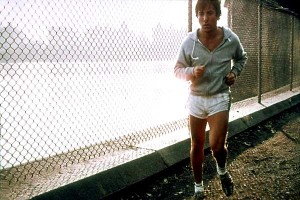 Even The Marathon Man hit the wall.

A big part of my job is letting them know that there is life behind the wall, they just have to break through. When you hit the wall it’s not over. There’s a second act and it can be rewarding in its own right . . . but you gotta keep going.